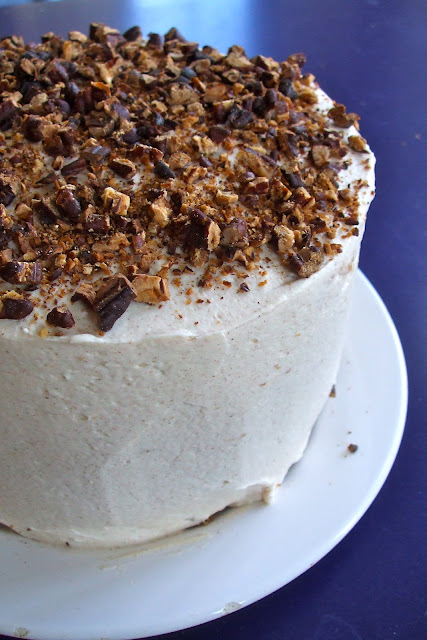 Let's talk about carrot cake first. Then I'll move on to talking about books. This cake is W-O-N-D-E-R-F-U-L! So moist! So full of flavour - from the citrus undertones to the somethin' somethin' the toasted pecans and desiccated coconut bring - and covered in a truly wonderful frosting. It is light, and fluffy and not too sweet! The original recipe calls for only one tablespoon of caster sugar and I've upped this to four but it's still the least amount of sugar I have ever put in frosting before! And it works so well! It's luscious even though it's not too sweet and the cinnamon offsets the flavours in the cake wonderfully. I'm not the biggest carrot cake fan - and by that I mean that I do actually like carrot cake but if given menu with all the other wonderful cake flavours in the world, I wouldn't ever pick carrot - but this is delish! It is easily my favourite carrot cake I've eaten.

So books ... I've been wanting to rant about the Hunger Games for a while and then I realised, I have a blog which for some reason people seem to read, so why not take liberties here and post about literature instead of cake. Or with cake. That's cool with you guys right?

So who has read the Hunger Games trilogy? Watching the film doesn't count. I saw a trailer for the first film mid-2011, absolutely loved the concept and decided I wanted to read the books. It took me a whole year to get to them but I finally read them this year. My general criticism of all the books is that it  glosses over the most powerful themes; the violence, and loss and despondence. I realise that it is probably due to the fact that it is written for teenagers but I feel that the powerful statement they are attempting to make is never quite achieved due to the fact that Collins steps back every time she talks about the violence which is so central to the books.

My other criticism is that at crucial moments of the books, Collins begins to write in a weird dream-like voice which gives an unclear picture of what is happening and throws the reader off a bit. This happened at the end of the second book Catching Fire (I don't understand any of the last major event in this book) and towards the end Mockingjay when a character close to Katniss dies. It bugged me big time!

Saying that though, I really really enjoyed the first book and resented work on more than one occasion for taking me away from such a great story. And while it wasn't as good, I also really enjoyed Catching Fire. Mockingjay on the other hand was pretty poor though in my opinion, it isn't exciting and it's unnecessarily sad and most of all, most of all, I don't agree with who Katniss ends up with. I'm not going to give anything away but I think Collins matched her up with the wrong person!

Okay, that's my opinion of The Hunger Games series done. Let me know what you all think. And make this cake. You'll thank me. Oh and this is funny innit? 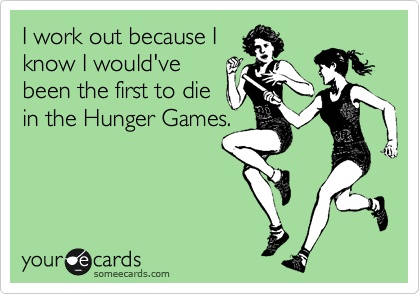 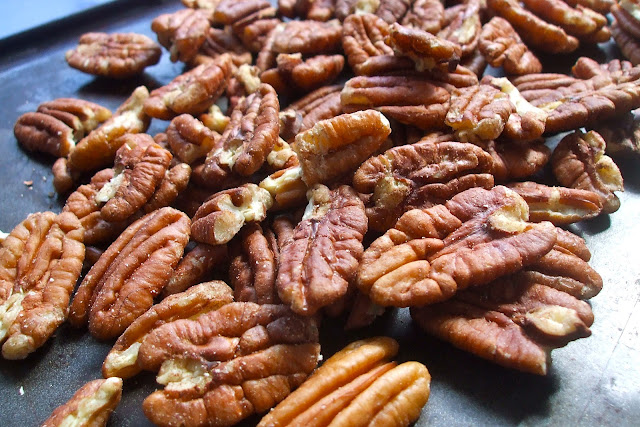 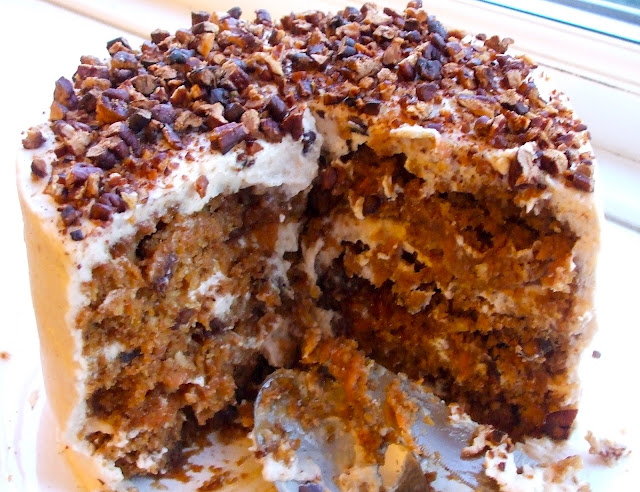 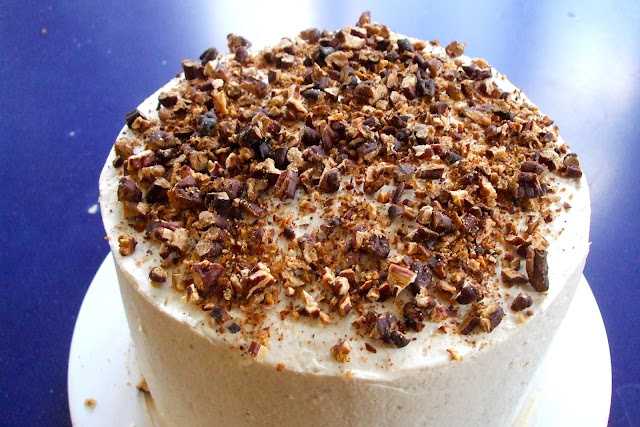 Email ThisBlogThis!Share to TwitterShare to FacebookShare to Pinterest
Labels: Cake 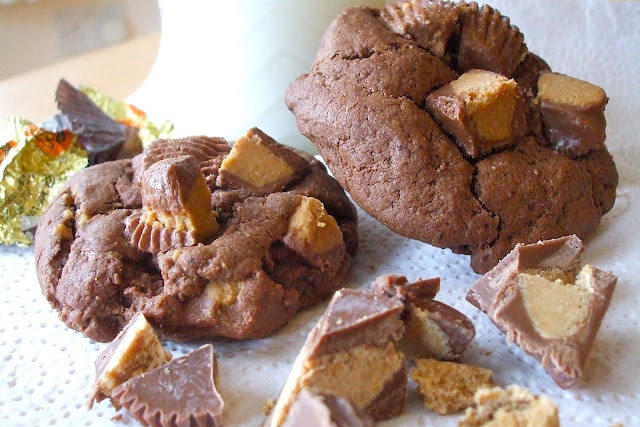 My friend Susan sent me this WhatsApp message today: "That blog of yours ... been a bit lazy recently?" Sure, she might have had a point but in my defence, she was trying to get back at me for forcing her to go running (as she had promised she would).
Oh wait, hang on, that wasn't in my defence at all. Okay, I'll try again. In my defence, since I last blogged, I have moved my entire room into a whole other entire room (I'm hoping my repetitive use of the word 'entire' helps to exaggerate the magnitude of the task appropriately), got a new job and finally, visited Birmingham which is a land far far away.

Plus as, Einstein may or may not have said, "it is not the frequency of the blogging that counts, rather the quality of the posts" and boy, this post is a great one! Or rather the recipe is. The rambling that accompanies the recipe is mediocre at best.

These cookies are soft but firm, chocolatey but not overwhelmingly so, and they're choc full of Reese's peanut butter cups which always makes for a winning recipe! My friends from my previous job and I have been pretty good at holding tea parties about twice a year and I made these for the last one. I dare say they were a hit :)

These are from the wonderful Annie's Eats; who has graduated from just being my foodie crush to being my superwoman inspiration! 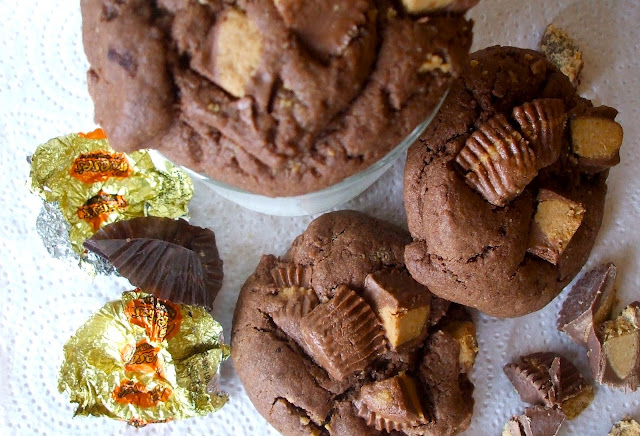 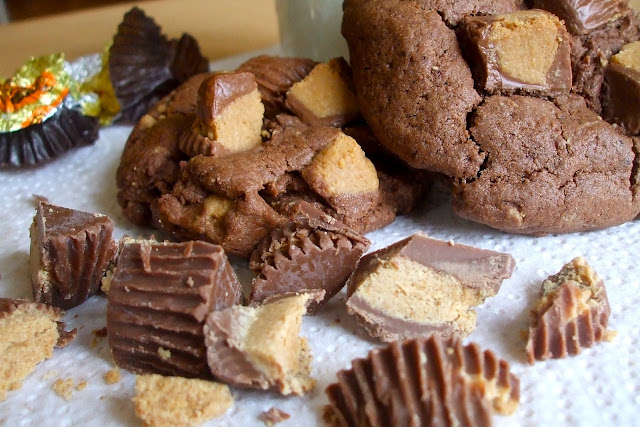 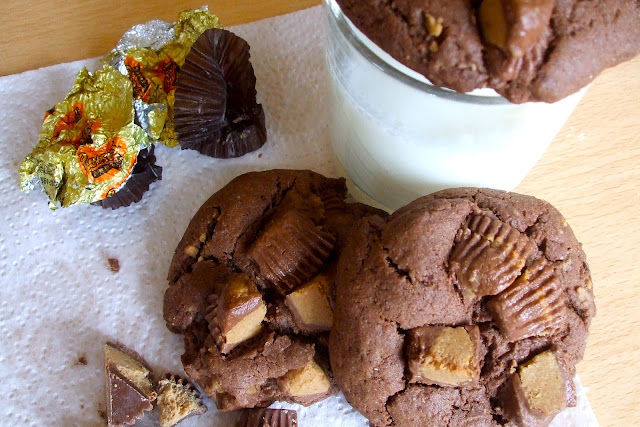 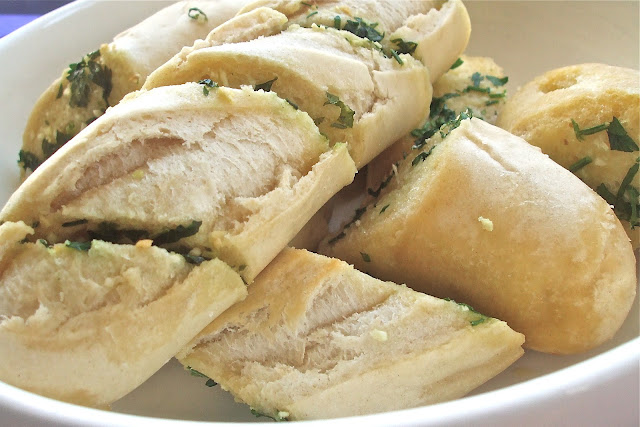 Well, in my opinion, home made, hand cooked, from scratch ... whatever you want to call it ... food is always about 700 bazillion times better than anything that comes in a packet or needs to be cooked in a microwave, or re-heated in an oven.
On the other hand, let's be honest, garlic bread is never going to be the star of the show. The show, of course, being the meal. It's always a bit player a.k.a the side dish a.k.a. the thing that you'd quite like to be there but if it isn't, well, life goes on. So, I do the math and it doesn't seem logical to make home-made garlic bread from scratch to go on the side of a pasta dish which you absolutely have to make from scratch. But like I said earlier, home-made stuff is much better than non home-made stuff - yes, I'm aware that I'm going in circles but I'mma reach my point right about ... now - so how about mixing and matching the two. Part baked baguettes with home made garlic butter and voila, kinda sorta 'home-made' garlic baguette.


For the how, check out my easy peasy recipe below.

2 part-baked baguettes (See below for a picture of the ones I used - from Sainsburys - but any will do)
60g unsalted butter, softened
3 cloves garlic, crushed or chopped finely
1/2 tsp salt
1 heaped tbsp finely chopped parsley 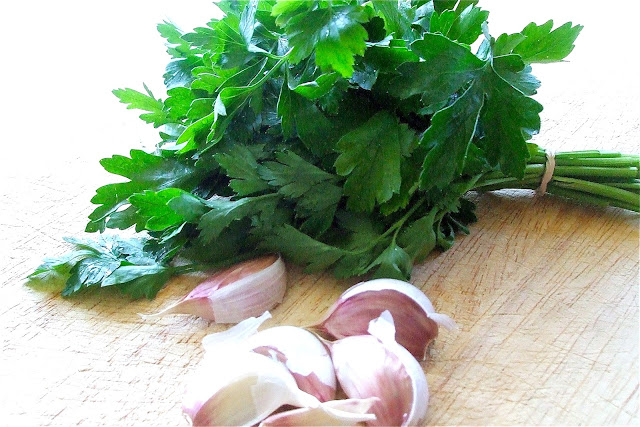 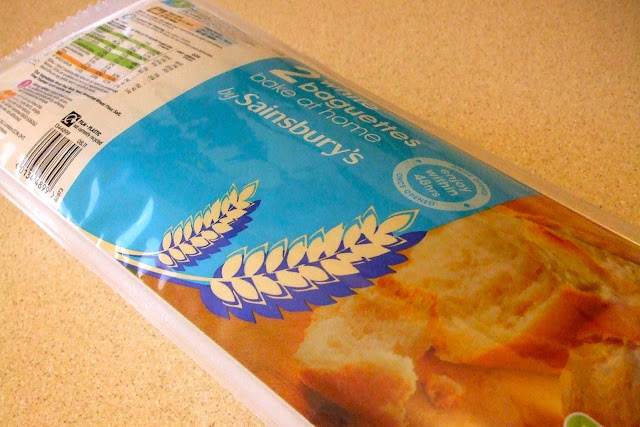 2 - Put your butter into a bowl along with the garlic, salt and parsley. Mix well until the ingredients are well combined. Taste a teeny eensy bit to make sure there's enough salt 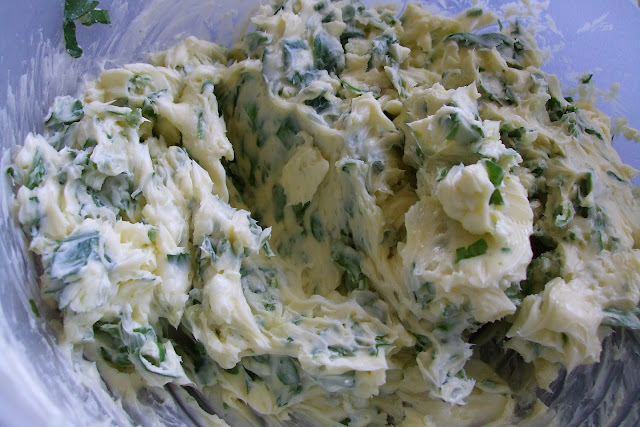 3 - Cover and put aside for at least half an hour to allow the flavours to infuse the butter
4 - About 20 minutes before you are ready to serve your garlic bread, slice approximately 6 diagonal cuts in each baguette - being careful not to slice all the way through - and spread the garlic butter generously on the baguette either side of the cut 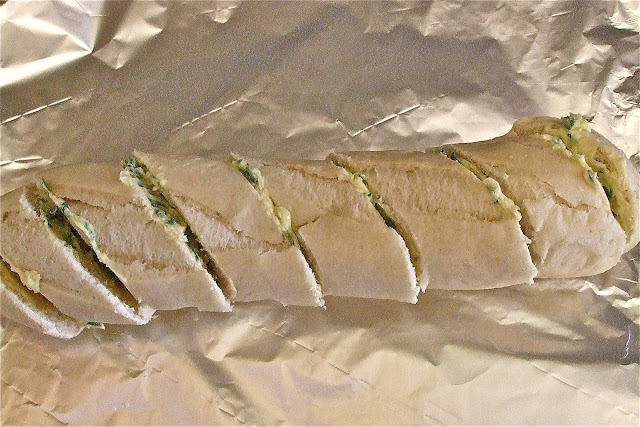 5 - Wet your hand under a running tap and rub a wet palm lightly all over your baguettes (if you like your bread crusty on the outside, skip this step)
6 - Wrap baguette loosely in foil and bake in your pre-heated oven for the time stated on your baguette packet 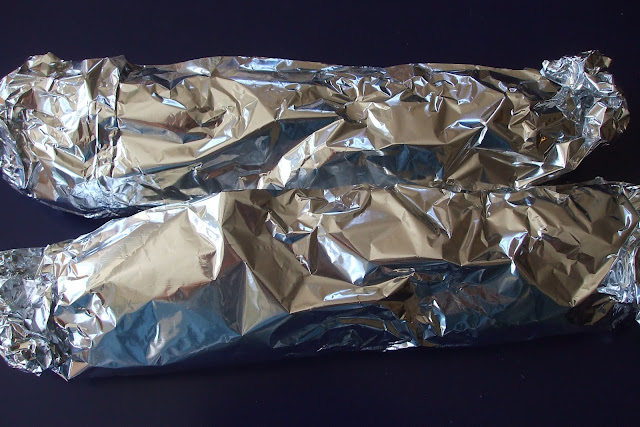 7 - When baked and still warm, rip into slices and serve 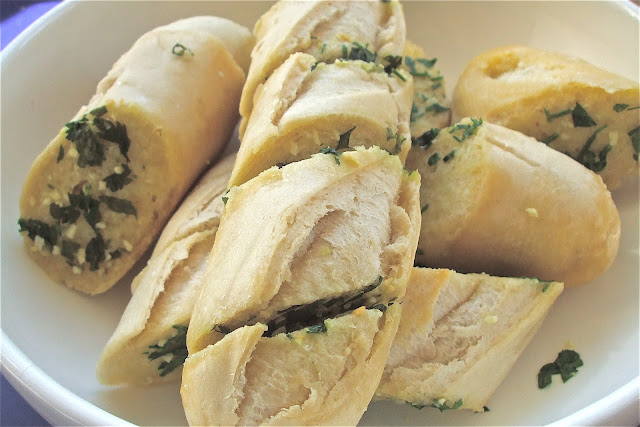