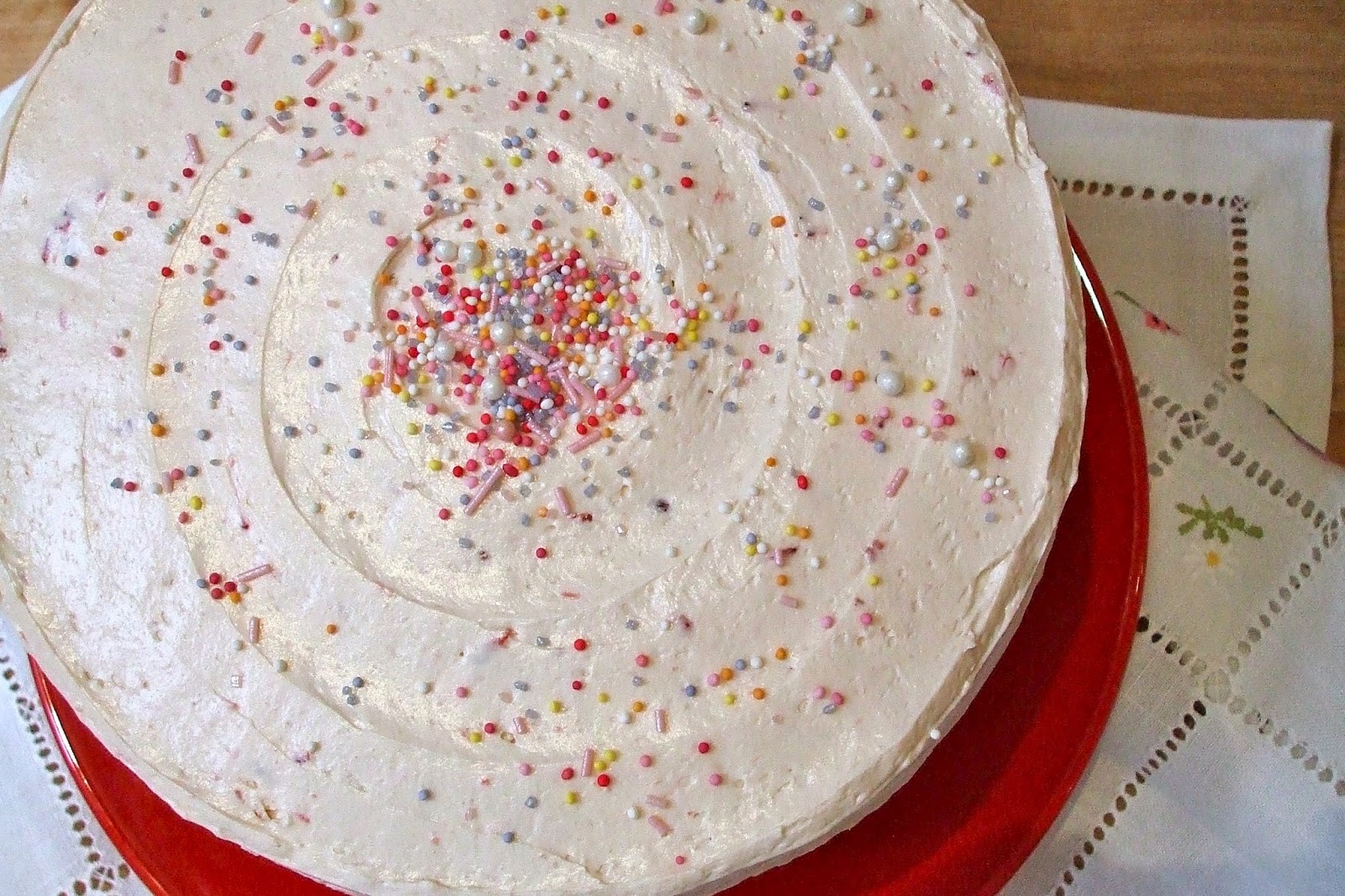 I have three cake recipes to share with you. Not now. In the (hopefully not too distant) future! I had chosen to post this one first because it is a Champagne cake. Champagne = celebration. Me successfully completing my 2nd Virgin London marathon = a reason to celebrate.
But that was soon after the marathon which was on the 13th of April. Now, 3 months later, when I'm finally getting round to sharing it with you, the link between the cake and my race isn't quite as poignant but I'm still going to tell you all about it anyway!

It was a hot day. 18C! Well not hot hot, but hot for running. Anyone who knows me knows I love to run in winter and I refuse to run in any temperature over 16 degrees. Well ... it was 18 degrees and it was what it was, so I ran.

My sister and I were both running it but as she had gotten a charity place and I was running on a ballot place, we were in different colour group things (That actually the official name ;p). Red and blue. Or red and green. I forget. We just assumed that we would be able to start together anyway only to get there and realise that there were completely different starting points for the different colours. Still cool we thought. Until I tried to walk into her starting group and we were stopped by security who explained that I could very well start with her but my chip would not be activated upon crossing the start line as it could only be activated when I crossed my own colour start line. Ain't nobody running an entire marathon only for it not to be recorded anywhere!
We were running late as usual so we hurriedly made plans to meet at the mile 1 marker as we assumed  the different colour groups would have converged by then.

We go off, start the race. Separately. I had planned to run some of the marathon without music and just take in the crowds. That lasted all of about 2 minutes and I stuck my headphones in and got lost in some no-doubt expletive filled hip hop track (which seem to make up most of my running soundtrack) *shame faced*. I passed a man walking the marathon on crutches(!) on my way to the mile 1 marker and it helped me adjust my attitude to the weather. This man knew it would take him forever to complete this marathon and yet here he was giving it his all. I have two legs, some decent training under my belt and therefore no excuses! I got to mile 1, waited 30 seconds and then asked a girl next to me who was also waiting for someone just to make sure that my sister's colour would be passing through here and she said they wouldn't be. They wouldn't be converging with us till mile 3. At that point, I pretty much thought it would be impossible for Kitty and I to find each other out of 36,000 people and just really hoped that she hadn't waited too long at her mile 1 before finding out that we weren't going to be meeting there. I also prayed she would have a good race and feel okay running it on her own - as she was very stressed, wasn't feeling 100% the week before, and is generally less confident about running alone - and off I went.

At mile 4, I noticed the hoardes of runners from the other colour group joining the rest of the runners so I stopped again, and decided to give it 5 minutes to look for her. I knew it was a long shot! After 4 minutes passed, I saw her white cap! Against all the odds! I ran under the rope separating her group from ours, ran up to her and joined her stride to continue the race.

It was a tough race, but I just took it one mile at a time. I was waiting to get through the first half, and then the first 16 miles, because it was at mile 16 two years ago that I realised that despite being over half way, I still had a while to go and I started to struggle. In 2012, up till about mile 16, I had such a blast! But then I felt crappy, had blisters and just felt like there was no end in sight and that mindset led to me struggling for a while and then stopping to walk.

This time, the first half wasn't as fun, it was a race. But I also didn't hit a downer. One mile at a time till mile 18 where I started to get hot and tired and wanted to slow down to a walk. My strategy was to give myself permission to walk, all I had to do was run till the following mile and then if I wanted to walk then, fine. It was always one more mile, then walk if I want. I never walked.

I saw a work friend at mile 19 and another just after mile 20 I think and then I was on the home stretch and I just wanted to get it done. The last couple of miles - which last time dragged longer than the rest of the marathon put together - flew by and I people watched. I saw two people walking, supporting a friend between them. I saw people see their families and break down in front of them and the families hugging them and encouraging them to finish. I saw people walking, exhausted. I saw my family with about 900 metres to go. My cousin said later I had a huge smile on my face before I even saw them. I genuinely enjoyed that last couple of miles. I ran under the finish line listening to Coldplay's "Magic"and then burst into tears - again that didn't happen last time. The line "And if you had to ask me, after all that we've been through, do you believe in magic? Yes I do. Of course I do" particularly resonated.

My official time was about 5 hours 4 minutes and something. My watch time was 5:00:17 due to the wait for my sister. I just missed running a sub 5 hour marathon. But I don't care. I slowed down for a while with my sister which I don't regret as I know how I felt last year when I just wanted her to go off so I could stop and I wasn't going to let her stop. I was proud of myself for running the whole way and really pushing myself. And it'll just make my sub 5-hour marathon next time that much better!
Highlight for me were the showers - I ran into every single one of them with this smile of bliss on my face! I must have looked crazy!


Sorry for the long marathon post - it just sort of came out of me :) I didn't have this cake after the marathon but it was very good cake when I did have it. It's very rich; I think that's the swiss meringue buttercream - with a really nice dense cake that has just the right amount of champagne flavour! 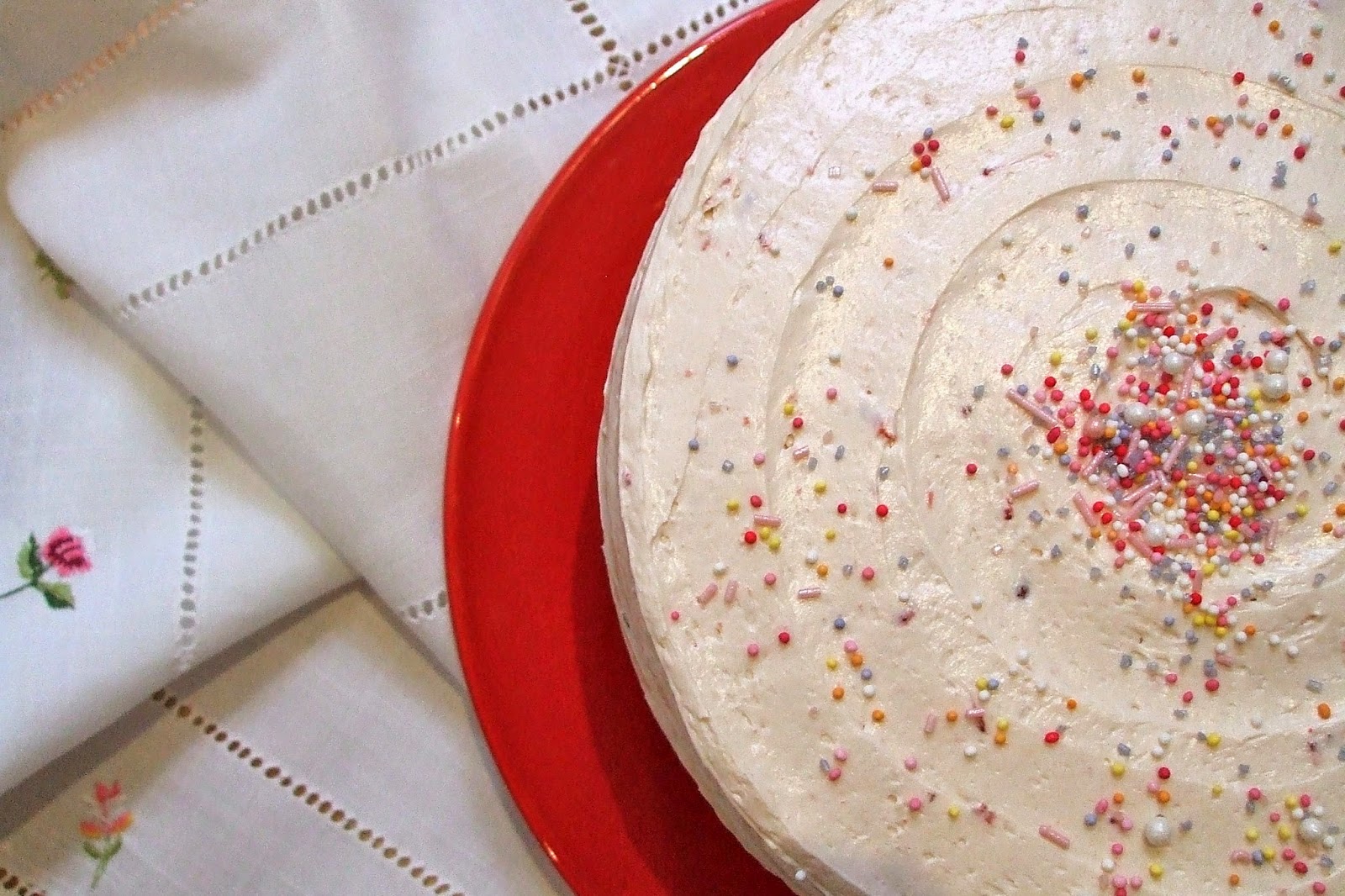 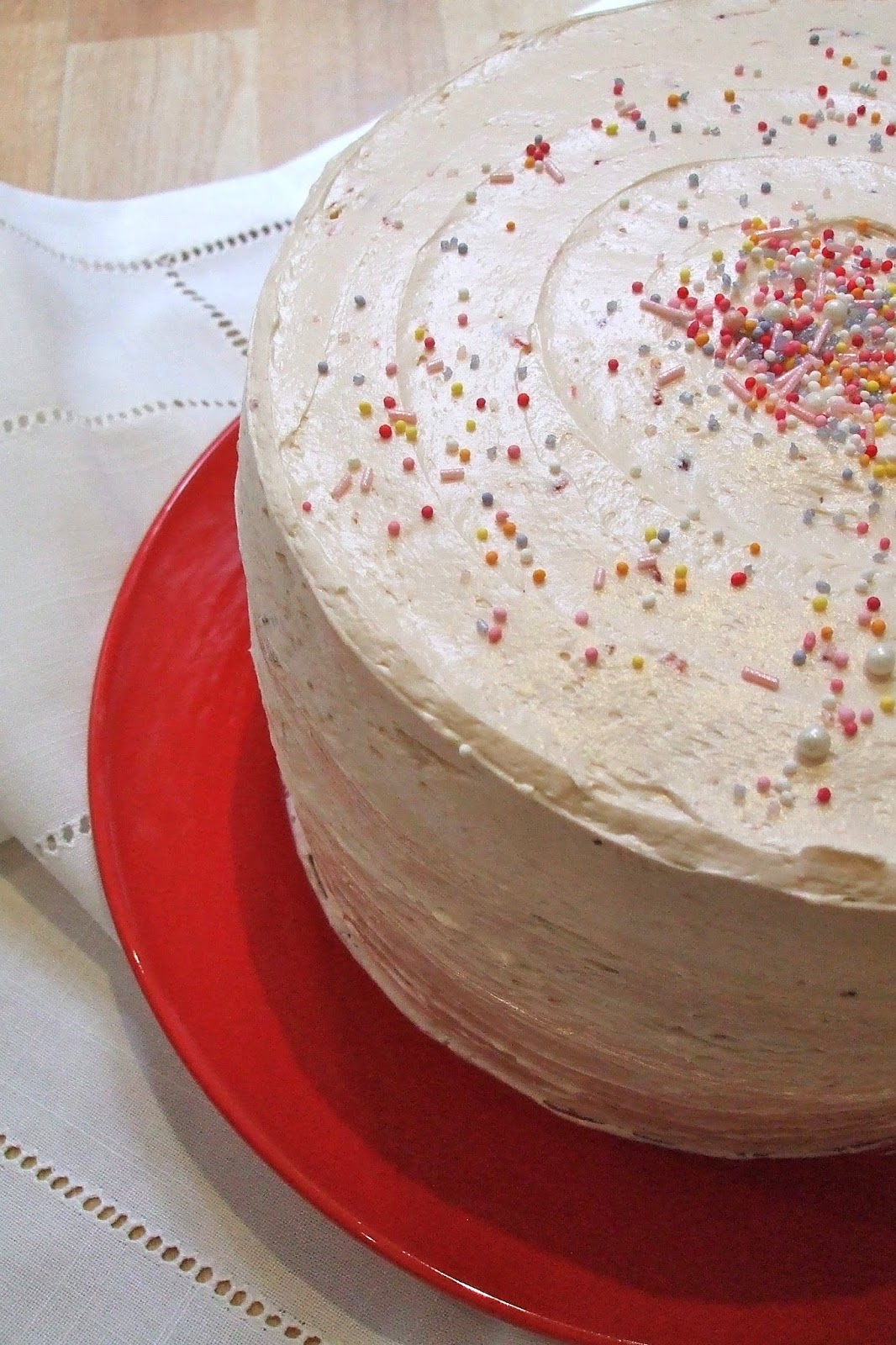 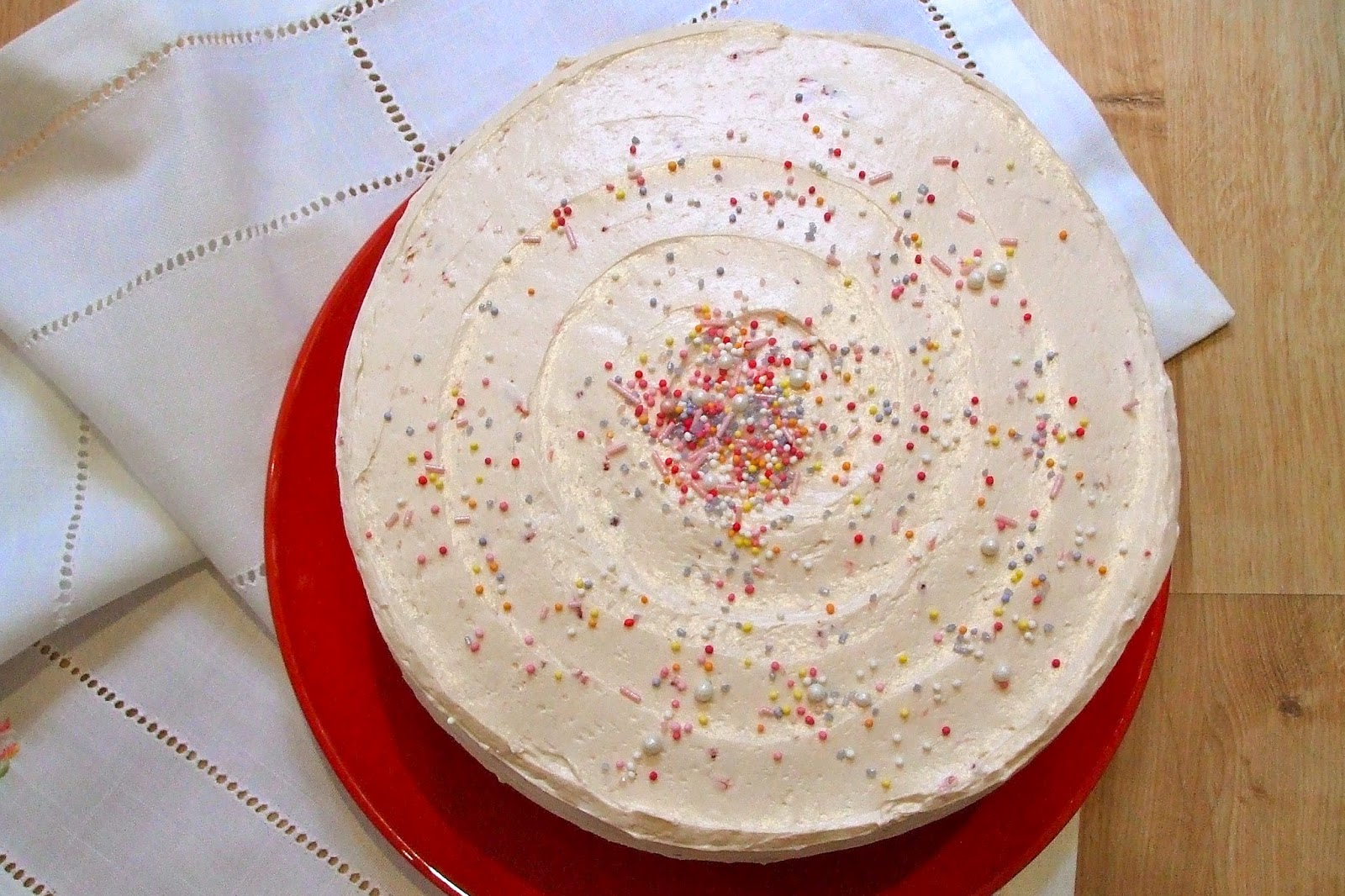 Email ThisBlogThis!Share to TwitterShare to FacebookShare to Pinterest
Labels: Cake

looks good and yummy! but I guess you could try showing us step by step pictures as well to help us newbies 'see' steps better.
thank you.

If someone wants to see a good post and that person tells me to show me a post that is very beautiful and in which every single word written is written very thoughtfully, then I would like to show your post to that person because in your post that Everything is in a good post.
Gurugram escorts
independent call girls in gurugram
Escorts Service Sector 33
Escort Servive Gurgaon

Escort girls in Delhi make independent Brahma; Delhi call girls are always ready to serve you for interested people. Call girls in Delhi have been placed in many categories. Surely we are available according to you, you can come on our website and contact us. Delhi Escort Service

Escort girls in Delhi make independent Brahma; Delhi call girls are always ready to serve you for interested people. Call girls in Delhi have been placed in many categories. Surely we are available according to you, you can come on our website and contact us. Delhi Escort Service

Escort girls in Delhi make independent Brahma; Delhi call girls are always ready to serve you for interested people. Call girls in Delhi have been placed in many categories. Surely we are available according to you, you can come on our website and contact us. Female Escort In Delhi

Welcome to Gurgaon Escort Service. We provide one to one sexiest girls and provide cheap service rates. You can visit our website to take advantage of the service. Cheap Escort Service In Gurgaon

Escort girls in Delhi make independent Brahma; Delhi call girls are always ready to serve you for interested people. Call girls in Delhi have been placed in many categories. Surely we are available according to you, you can come on our website and contact us. Female Escort In Delhi

Welcome to Gurgaon Escort Service. We provide one to one sexiest girls and provide cheap service rates. You can visit our website to take advantage of the service. Cheap Escort Service In Gurgaon

Thanks for Great Article, for sharing content and such nice information for me. I hope you will share some more content about. Please keep sharing!
back pain